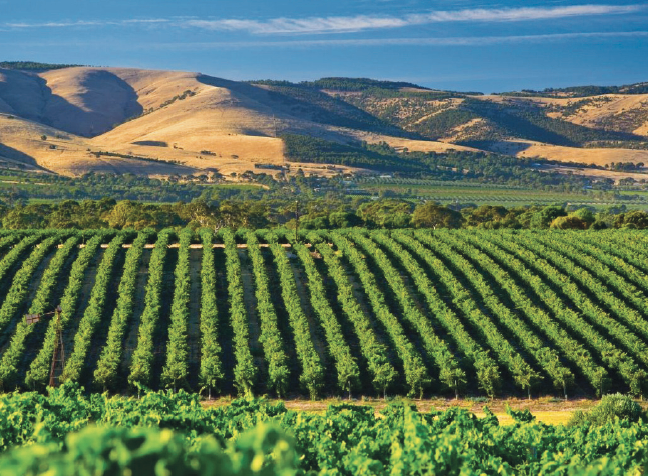 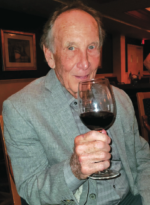 A 2022 Super Bowl commercial for Foster’s beer revived the slogan “Foster’s, Australian for beer”. When we asked a decade ago about Foster’s during a tour of the east coast of Australia, the natives scoffed and told us that no one in Australia actually drinks Foster’s. In fact, Foster’s comes from Manchester, England. Clever marketing promoted Foster’s in Great Britain and the US as an Australian product with images of macho Australian footballers and parties on the beach,

We soon discovered that the name SHE-razz isn’t a marketing gimmick but really is Australian for fine red wine. A varietal called Shiraz, much like Malbec in Argentina, flourishes in dry and gritty soils of Southeastern Australia. Although French winemakers in the southern Rhone wine region hold fast to the claim that the Syrah grape originated in France, Australians call the grape Shiraz and pronounce it SHE-razz. Shiraz clones, link genetically to the French Syrah grape, but arguably could have originating in the vicinity of the ancient Persian city of Shiraz. In Australia, Shiraz accounts for about 27% of the volume of wines produced in that country, and, at higher than average prices per bottle, an even  higher proportion of Australian wine sales. The flagship Penfolds Grange bottles of Shiraz command prices between $750 and $1,500, depending on vintage, in the international market. Less coveted Shiraz wines compare favorably with French Bordeaux and California Napa Cabernet Sauvignon, yet sell for much lower prices.

Our admiration for Shiraz wines increased exponentially when we arrived in Adelaide during a train ride from Perth on the west coast through the 1000 kilometer Nullarbor Plain along the southwestern expanse of Australia. The USA has fertile river valleys and plains in the interior. Australia has far less hospitable regions between the coasts. Over 90% of the population lives on the coasts. Arid and rocky soils in the interior do not support amber waves of grain and fruited plains but do leave ample room for grape vines. Vineyards in the rolling hills of the Barossa Valley, Northeast of Adelaide, and the McLaren Vale to the south, produce superior Shiraz in single varietal and blended vintages.

The route to the Barossa Valley winds through hills of scrub brush and gulches akin to the terrain of West Texas or parts of the California Central Valley, except, instead of herds of white-tail deer in the fields, one sees mobs of kangaroos bent over while feeding on sparse clumps of grass. The impressive limestone with red trim of the Yalumba Winery buildings and its tasting rooms and grounds accommodate large numbers of day trippers. Among the highlights, a cooperage tour of the workshops where Yalumba makes its own barrels. For those of us who find a bottle of Grange beyond our budgets, try the unique Yalumba 2016 Hand-Picked Shiraz + Viognier ($38), with skins of Viognier grapes added to crushed Shiraz grapes to moderate harsh tannins and add flavor. (The Aussies have borrowed this blending technique from traditional Rhone Valley vineyards.)

For an everyday wine, consider the consistent Yalumba Shiraz-Viognier ($11).

Were we to set sail due south from the McLaren Vale, skirting Kangaroo Island, next landfall would be in Antarctica. During the southern hemisphere summer, the heat in McLaren Vale fully ripens grapes, but ocean breezes moderate both summer heat and winter cold. Wines from McLaren Vale do not have the initial acidity of those from Barossa.

While enjoying lunch at the d’Arenburg winery restaurant during a tour of the McLaren Vale, we asked to speak with their renowned winemaker, Chester Osborne. Our server went off to find out his whereabouts and returned to say that Chester would be tied up for the remainder of the day. We were expressing our regrets at not being able to say “Hello” to him when a restaurant manager approached and asked us if we would like to join Chester’s Master Sommelier class that would begin in a few minutes. We settled our bill quickly and hustled off to a conference room where a group of sommeliers and other wine buyers, transported Down Under by the Australian Wine Board, were meeting with Chester and younger winemakers from other prestigious vineyards in McLaren Vale. Chester stood in front of a geological map of the region and alongside rows of some of McLaren Vales premier wines waiting to be tasted. He explained that the distinctive character of the region’s wines comes from the different soils, exposures to the sun, prevailing winds, and timing of rainfall. To illustrate, he asked winemakers to describe their winemaking strategies while we tasted their wines.

D’Arenberg produces great examples of Shiraz at premier and bargain prices: the 2017 Shiraz The Dead Arm ($54) and a blend with Grenache, the 2017 Stump Jump Red ($11), named after tractors designed to jump over stumps of felled Eucalyptus trees in the region’s vineyards.

We had the good fortune to be in the right place at the right time for a serendipitous moment in wine tourism. May you also enjoy the same good fortune.