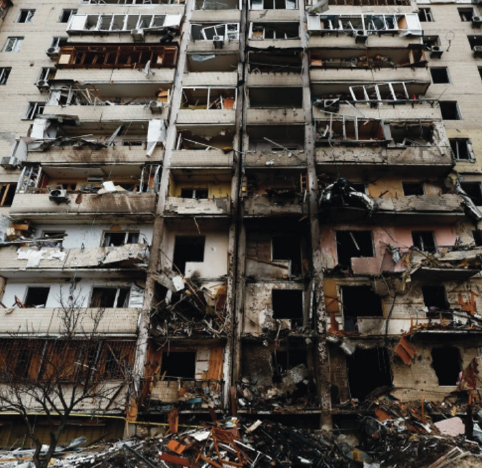 The vicious Russian invasion of Ukraine has sent a chilling message to the free world that evil is on the march and the period of detente following the Cold War is over. Buckle up. Vladimir Putin has taken the most immediate and brutal action, but China and Iran lurk in the shadows. The West must show strength, unity, fortitude, strategic resolve, and recognize that we have entered a new period of global conflict.

The sinister Sino-Russian partnership has been percolating for several years, most recently highlighted by the Xi Jinping-Putin love fest displayed during the Olympics just days before the assault on Ukraine. “Friendship between the two states has no limits,” read the joint statement. “There are no ‘forbidden’ areas of cooperation…” And now it h 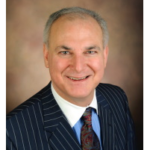 as been widely reported that the two dictators plotted to wait until the end of the Olympic games to commence the Ukrainian assault. As Xi has similar designs on Taiwan, he is closely monitoring his comrade’s progress in Ukraine, as well as gauging the response by the West.

President Zelensky and the Ukrainian people have shown incredible courage, resilience and tenacity. When the U.S. offered to evacuate Zelensky, he rejected the option, “I need ammunition, not a ride.” Putin’s barbaric invasion is a direct threat to freedom and liberty. As we watch the horrifying assault on Ukrainian civilians, it is vital to recognize that we have entered a new very dangerous period of tyrannical threats and actions. Lessons from the past can help lead to the victory of liberty over tyranny once again.

The successful Cold War strategy deployed by Ronald Reagan, Margaret Thatcher and Pope John Paul II provides a clear path to success. Peace Through Strength won the day in the eighties. Tyrants see and detect weakness and relish any opportunity to exploit it. The humiliating Afghanistan surrender demonstrated weakness to our enemies. In this time of conflict, every one of our policy decisions and acts matter, and consistency is crucial. So as America and the West have coalesced around a comprehensive set of sanctions on Russia, we must not simultaneously beg the mullahs of Iran for a nuclear deal while they provoke havoc in the Middle East. The Russians are sitting at the Iranian nuclear talks in Vienna watching America roll over to Iranian demands. Why? We must deploy a global strategy of containment and realism, not capitulation and idealism.

The U.S. also faces a whole new set of budget priorities. The gibberish of the Green New Deal and grandiosity of Build Back Better are now further diminished by urgent defense budgetary needs. Remember the Gipper’s shrewd surge of military funding which devastated the Soviet Union as the communist economy had no chance to keep up with a robust free market system. Europe is finally catching on as even Germany just announced a major increase in defense spending. Working with our European and Asian allies to ensure that each partner significantly increases its own defense budget would send an unequivocally strong message to our adversaries and help to deter the aggressors.

The U.S., along with multiple other nations (primarily in Europe) are sending military equipment to the brave Ukrainians. But we must do more. Immediately surge all additional available, helpful military inventory into Ukraine and deploy western intelligence agencies and drones to assist. Simultaneously, the U.S. and NATO should also immediately send additional missile defense, anti-tank and related military equipment to Poland, Romania, Hungary, Moldova and other Eastern European nations. We should also expand defense funding to Taiwan to ensure that Xi would pay a serious price for any potential incursion. Vigorously support the Ukrainians while containing any further incursions. Make Putin’s life sheer hell in Ukraine and ensure any further incursions are untenable for the dictator.

Analogous to the Cold War strategy, we should use energy as economic leverage. Reagan and his team convinced the Saudis to significantly increase oil production so to drop the prices and damage the Soviet economy. Similarly, President Biden must undo his strangulation of the oil industry and unleash American energy production. Upon assuming office, Biden and his Climate Czar, John Kerry, shut down the Keystone Pipeline, deterred natural gas production and barred drilling on federal lands and waters. And just over a week ago, the climate warriors paused decisions on new oil and gas leases and permits. Russian producers nearly tripled their shipments of oil to the U.S. in 2021 over 2020. Russia is pocketing over $700 million per day on its sales of oil to the U.S., the European Union, and United Kingdom, and using the money to support its military. Take the shackles off of our oil and gas sector, return to energy independence, and ship our product to Europe to further suffocate Putin and his comrades. As the Russian economy is on the precipice of economic ruin as a result of crippling sanctions, cancelling all oil and gas purchases would be a further serious blow. Ban the Russian oil and cancel the purchases.

Politically, just as the Cold War had the far left calling for a unilateral nuclear freeze-by the West, the loonies are back again. Nicole Hannah-Jones, the New York Times 1619 Project leader (which claimed that the Revolutionary War was fought primarily over slavery) blames Putin’s invasion on western culture, “What if I told you Europe is not a continent by definition, but a geopolitical fiction to separate it from Asia and so the alarm about a European, or civilized, or First World nation being invaded is a dog whistle to tell us we should care because they are like us.” Pathetic. And the far right has also been dangerously wrong. America cannot pull back from the world, we cannot isolate, and we must vigorously lead in the global arena.

Watching the human suffering unfold as millions of Ukrainians is heart wrenching. Pregnant moms crammed into tiny, underground shelters while bombs explode above. Children – sons and daughters – unable to get medical treatment or care. Brave men and women fighting, frequently to the death. We see in real time that tyranny is on the move against freedom, and once again, good must prevail. Life, liberty, and the pursuit of happiness at home can only be attained by nurturing and supporting those same innate human rights abroad.