No Man is an Island and neither is Longboat Key 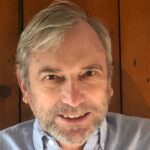 One lesson that we should have learned in the last two years is that we are all connected in a globalized way. What happens in Wuhan or South Africa will eventually affect us all.

In recent years there has been a growing nationalism — a backlash to globalization — spreading throughout the world.

But this “every nation and every man for themselves” attitude is dangerous, as the pandemic proved. We are only as strong as our weakest link when dealing with border-less issues like climate change, resource overuse and epidemics.

Disasters rip away the fallacy of utter self-reliance and expose our interdependence with each other. The epidemic of economic inequality that we are experiencing now is having repercussions in the fracturing of our political life.

WHO ARE WE ON LONGBOAT KEY?

Much has been written lately about how our American democracy and our capitalist free market political system is in danger.

If this state of affairs and political fracture continues unabated, it may turn into a second civil war, as predicted in Barbara F. Walter’s new book “How Civil Wars Start.’’

Political violence rips apart several towns in southwest Texas. A far-right militia plots to kidnap the governor of Michigan and try her for treason. An armed mob of Trump supporters and conspiracy theorists storms the U.S. Capitol. Are these isolated incidents? Or is this the start of something bigger?

Walter, a political scientist from University of California, knows what she is talking about. For the last two decades she consulted with the CIA in predicting civil wars around the globe.

A civil war today won’t look like America in the 1860s, Spain in the 1930s, or Russia in the 1920s. It will begin with sporadic acts of violence and terror, accelerated by social media. It will sneak up on us and leave us wondering how we could have been so blind.

So what is causing all this mess?

But the real blame for America’s fragile, perilous state lies in the growing inequality that has become rampant over the last forty years. Of course. we all know that one of the most fundamental principles of democracy is equality.

· Since 1978, real earnings for ordinary people, without a college degree, have declined.

· Compared to the other industrialized nations, America’s spending on health care, housing, education, has been miserly. To reach the level of Canadian or European basic living standards, America needs to more than double its level of public spending. As a result, Americans are much sicker, less educated, poorer and more unhappy than citizens of most other industrialized countries.

These feelings of betrayal among America’s majority middle class — the Left and the Right  — have been smoldering for decades for some good reasons, long before Trump even appeared on the political scene.

The “Occupy Wall Street” protesters of a few years ago and the middle-class blue-collar workers, who delivered Trump the presidency in 2016, are strikingly similar in their predicament. Both groups feel that the government isn’t working for them, that they are getting shafted. They both want their fair share. But because of America’s outdated two-party political structure, the two sides have never been able to channel their common grievances as one effective group.

Both groups believe the whole system is rigged, — courts, elections, the economy, big pharma, the media, all of it — controlled by a corporatocracy, greedy, corrupt, malicious, wealthy elites, the media who prey on them, and twist our democratic institutions in their favor.

Since the beginning of the 20th century our democracy and prosperity has been based on a healthy middle class, that doesn’t exist anymore. There is only one giant and increasingly desperate underclass and a small, wealthy elite that keeps getting richer. Economic elites have created a pernicious partisanship, which has served to divide and trivialize this angry majority — making it less able to effectively articulate its needs.

America’s middle class has been, “dealt out of the promise of America”, as Joe Biden put it.  It has seen the American Dream fast disappearing over the last 40 years. And they see no way out. They can’t afford a home, or a college education, or health care. They can’t get a decent job that will pay a living wage. The basics of a good life have become luxuries, except for the richest few.

This is in sharp contrast from the 40-year period from 1933 to 1973 when average earnings for the middle class quadrupled. Spurred on by government investments and a political will, the Gross Domestic Product grew by 5% annually, creating a broad American middle class. But during the same period the top 1% experienced a sharp decline from 48% to 22% of the country’s total wealth.

· Today 61% of Americans can’t afford $1000 for a minor emergency expense: an unexpected medical expense, or a broken transmission.

What that statistic of 61% demonstrates is that a majority of Americans, who don’t have a college education, fall into an underclass, — a crisis which presents a true threat to American capitalism and democracy as we know it.

This great inequality is not anyone’s fault. Inequality has been allowed to increase under Democratic Presidents Clinton and Obama and under Republican presidents Reagan, Bush Sr., Bush Jr. and Trump.

The only way to safeguard our democracy and democratic capitalism is to address the concerns of “the vast majority of Americans” for whom there is a disconnect between the realities of their lives and what goes on in Washington.

Do most Americans want more gun control, universal medical care, a women’s right to reproductive freedom, money and lobbyists out of politics, eliminating the loopholes that favor billionaires, better schools, fair voting laws, and a lower defense budget? All the polls show it, but none of these desires, however popular, are able to hold much sway among the economic elites in Washington.

Capitalism is not the villain. Businessmen and politicians are just doing what they have always done. It’s just that the rules of the game changed rapidly —an elite got very rich, very quickly, and the middle class found itself in a sharp decline: increasingly ignored, irrelevant, and forgotten.

But any government that cannot keep its majority safe and secure —“keep the trains running on time” —will inevitably lose its legitimacy.

Of course, we have never had a true democracy in the strict sense, even though America has had many democratic elements throughout our history.

But even our “flawed” democracy, lasting a mere 250 years, is a blip in human history. It will not survive if it does not deliver the goods to the majority of people. Most people don’t really care much about political ideology —free speech, an independent court system. They care about what’s in it for them.

No wonder 50 million people believe the 2020 election was “stolen”. And they are right. Elections have been rigged for a long time by massive amounts of money and corporate lobbyists. Torrents of “dark money”, raised by both establishment parties, prop up a system that rewards the rich and decimates the poor and middle class. Surely there is something wrong with the fact that anonymous Corporate PACs spent $400 million last year to buy — influence — our elections.

This is why Courts, the Senate and the House and even the Presidency, have not been able to operate in a way that reflects the needs and wants of the majority of Americans.

American politics has been dominated by an elite economic minority rule for quite some time, a situation that naturally leads to the economic and political disenfranchisement of huge swaths of ordinary people both from the left and the right. It is truly a system where the majority can make a valid claim of “taxation without representation.”

And where is that money going? This year the profits of big corporations reached a 70-year high. The ratio of CEO pay to average workers expanded from 21-to-1 in the 1960s to 351-to-1 now. During the pandemic, inequality has accelerated —130 new billionaires were created and the fortunes of America’s 745 billionaires increased to $5 trillion dollars, —while life continued to brutalize much of the rest of the population. Working Americans as a whole lost $3.7 trillion in wages during the same period.

But this new wealth — the “Third Industrial Revolution” — has resulted in a dystopian nightmare for the majority. It has not “trickled down” and has triggered a dangerous time bomb that has broken the Golden Age promise of universal progress and dreams of middle class upward mobility.  This latest re-engineering of America is not working for the majority.

If America cannot untie this Gordian knot a populist backlash from inequality will kill democracy and democratic capitalism as we know it. And we on the island of Longboat Key will not be immune from the ramifications.

*No Man Is An Island, Entire of itself, is a Christian sermon by John Donne in 1642

“If a clod is washed away by the sea, Europe is the less.” Many among us today would brand these thoughts as “Socialism”