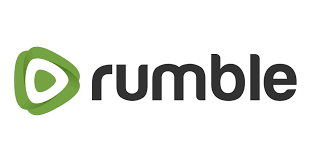 Toronto-based video platform Rumble said it has executed a five-year lease for property in Longboat Key as its U.S. headquarters.

Rumble has an average of more than 40 million mainly conservative viewers. The company said it plans to invest more than $50 million in the state of Florida.

The company is expected to create 165 new tech jobs at the 8,400-square-foot facility that will be renovated on Longboat Key. Forty-one of the jobs will be managerial and pay an average salary of $170,000. Another 124 non-management jobs will pay an average of $80,000 per year.

The Sarasota County Commission voted recently to give an $825,000 economic The The company plans to fill 20-25 of the new positions immediately.

Rumble’s leaders said discussions with local officials and stakeholders led them to choose Sarasota County. “Locals will provide our Rumble users a new way to generate revenue, one that is not influenced by corporate advertisers and special interests. All our creators can now build a direct stream of revenue with their audience through subscriptions, allowing creators to take control of their valuable content.”

The platform, a YouTube alternative, is based in Toronto and popular among conservative influencers and right-wing viewers, the Washington Post reported. As of August, Rumble has more than 40 million monthly average users, the company said.

“Moving to Longboat Key is a win-win for Rumble and the Sarasota community,” Chris Pavlovski, CEO, said. “Sarasota County is growing rapidly, and we are excited to be part of the growth. We plan to fill 20 (to) 25 new positions in Florida immediately for our U.S. headquarters, with many more planned for the future. This move positions us to continue providing a platform to content creators without the threats from big tech monopolies. We are excited to invest in Florida in the coming years while we continue to grow Rumble.”

Gov. Ron DeSantis welcomed the company to Florida, adding that he supports “its mission to promote free expression and stand up to Big Tech censorship.”

The governor said, “Over the past year, we have seen businesses flock to Florida from across the country because, as long as I am governor, our state will be free and built for opportunity. We wish Rumble all the best in their endeavors in Florida, and we look forward to watching their success.”

Rumble said that its discussions with local officials and stakeholders led the company to choose Sarasota County as its U.S. home because of the area’s “friendly business climate; its proximity to Tampa, one of the fastest growing tech cities in America; and the potential for further development.”