Some sitting could prove illegal in Sarasota Downtown 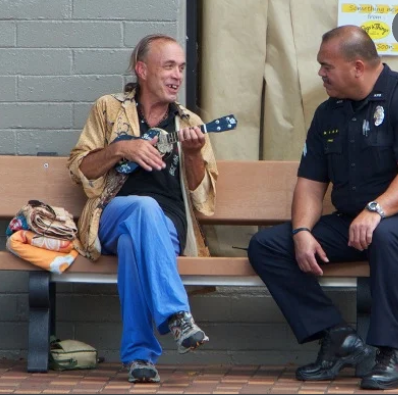 The City of Sarasota Commissioners in a 5-0 vote the first of two readings of a new  “sit-lie” ordinance that could make it a crime to sit or lie on some sidewalks in Sarasota, which some downtown business owners say is a nuisance.

Business owners have long complained that the no trespassing signs on their windows have not prevented people from panhandling, sitting, and lying in front of their shops.

The ordinance would make it unlawful to sit or lie on sidewalks and “pedestrian activity zones” near public or private properties between 10 a.m. to midnight. It would cover areas on Main Street between U.S. 41 and U.S. 301 as well as a stretch of Palm Avenue from Cocoanut to Ringling Boulevard.

Michael Barfield, an advocate for the homeless in Sarasota, said the ordinance is patently targeted at the homeless.

Before it would go into effect, an updated draft of the ordinance has to go back before commissioners for another public hearing and a vote.