A Canadian-based video platform looking to establish its U.S. headquarters on Longboat Key will not be receiving any taxpayer money from Sarasota County. 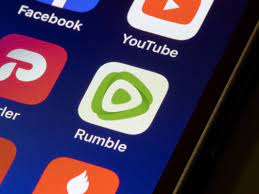 The conservative-leaning online media platform Rumble had been awarded a grant to help set up the headquarters in Longboat Key.

The decision came after weeks of backlash from many community members, mainly because of Rumble’s continued broadcasting of RT, the Russian state news channel, following the invasion of Ukraine.

The Sarasota County Commission voted to approve awarding an $825,000 incentive grant to Rumble in October, but a contract had not been finalized.

A group of residents had petitioned the commission to rescind the grant, and several residents voiced their opposition during a March 29 commission meeting.

During that meeting, Sarasota resident Adrian Lucas presented more than 1,000 signatures from various petitions asking for the commission and its economic development component to drop all current and future ties with Rumble.

“Free speech in Sarasota is not free if taxpayers in Sarasota have to fit the bill,” Lucas said.

Last month, Rumble announced that its user base hit a new record of 41 million monthly users in the first quarter of 2022, including 44.3 million in March.