Lo-Key Tiki Bar Is Not Low Key Enough For LBK 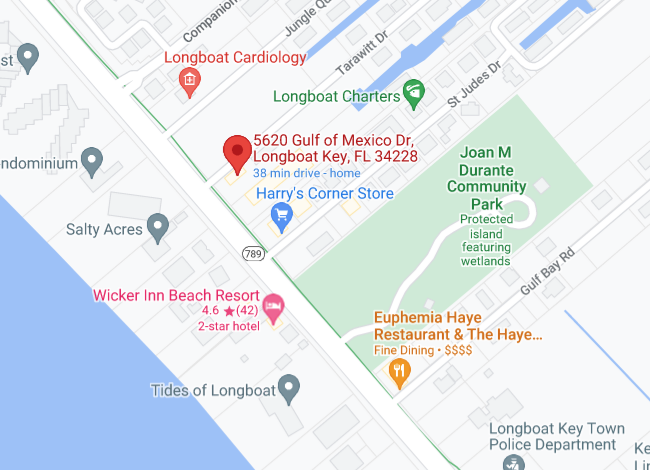 A new restaurant in a commercial strip in buildings that were empty and blighted, next door to the bicycle shop, a pizza place and Harry’s various establishments at 5620 GMD.

It is widely accepted that LBK needs more local  island restaurants, given the increased traffic congestion getting off and on the island. Many LBK residents would welcome a Tiki bar near the proposed new town center which would attract wanted traffic, more activity, and a lively atmosphere.

The Planning Department approved the plans for the new outdoor bar, with some exceptions, and sent them up to the Planning Board.

But little did they know what would hit them.

But soon after the proposal was aired the owners of the property got hit with a barrage of angry objections from residents of Tarawitt Drive , Jungle Queen Way and other neighbors.

But never underestimate the power of parents, and especially mothers.

“You will be killing our kids. There is a school bus stop right there. Drunks will be all over the place urinating.”

The residents could not be stopped.

The Planning Board, made up of six citizens, overruled the Planning Department professionals unanimously after hearing the numerous objections.

More than one neighbor said “the Planning Department clearly doesn’t understand what the town is all about. If I wanted to live in Anna Maria, I would have moved there.”

The Planning Department is made up of planning professionals and has been accused of favoring development that is often overbuilt and not compatible with nearby structures or Longboat Key’s history.

One board member opined that if  “they should have just called the new place a “Grill” then it might have been more acceptable.”

The new Tiki bar would have had 144 seats with five indoor, and 139 outdoor as well as an outdoor bar. It would have attracted beachgoers from Bradenton Beach and Coquina beach.

“We have 15 kids who get picked up every afternoon at that corner. Do we want 144 happy hour  people wandering around our narrow street.  “said one mother who lives nearby..

The school bus from Manatee County stops daily at Tarawitt Drive to pick up most of Longboat Key’s school children.

David Green, head of the Planning Board agreed, “it’s not the right place,  a good idea, but it’s too tight. I applaud business people who are brave enough to start a new business. But having 144 young people drinking and milling around that tight corner is asking for trouble. “

Another member of the Planning Board, Gary Coffin , said it would overstress the neighborhood and an insanity.

One of the main objections to the proposed establishment was that the entrance was to be on Tarawitt Drive instead of Gulf of Mexico Drive. The property is owned by Shawn Hamilton and the restaurant was to be managed by well respected locals.

“Along with alcohol consumption comes loud music, profanity, urination, intoxication, and indiscretions which will make the area unsafe and which our children should not be privy to on a daily basis at the school bus stop,’’ said Jessica Nock who is raising three children at 835 Tarawitt.

When one of your intoxicated patrons speeds on our street and hits a child or resident, it will be too late,” said  Nock.

One neighbor was concerned about the beach access that comes with the property. She said that the path to the Gulf was secluded and that one day she encountered a man urinating and exposing himself. “With the Tiki Bar there I would be afraid to go down without my husband.

If something happens on the path to the Gulf or someone is hit crossing busy Gulf of Mexico Drive, it would be clearly actionable.”

The owners have the opportunity to reapply if they comply and satisfy the neighbors, but it seems like a formidable challenge in that location.