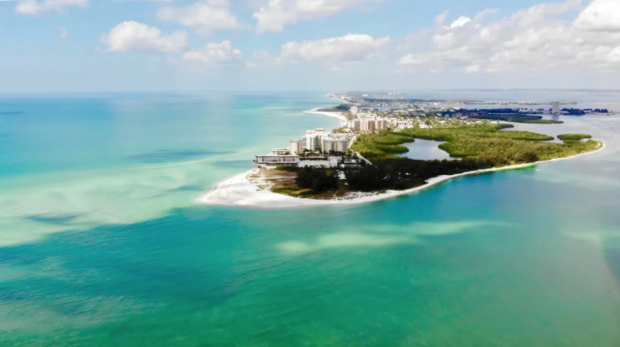 The recent Lido Beach renourishment is not eroding the Siesta Key shoreline says the US Army Corps of Engineers following analysis of the shoreline, erosion and wave activity.

In its first report since its contractor completed the Lido Key Beach renourishment last year, the U.S. Army Corps of Engineers says the effect on Siesta Key was “statistically insignificant” between its pre-construction post-construction surveys.

Opponents to the claimed wave energy and commensurate erosion would likely double after the dredging and filling of sand.

The project placed about 650,000 cubic yards of sand on highly eroded Lido Beach. The sand was dredged from the accreted shoal along Big Pass.

The findings by the Army bode well for future stages of the projects.

“Engineers collected directional wave data to ensure that wave energy off Sarasota Point had not increased appreciably post-construction,” the Army says in a report.

The sand placement began on June 1, 2020 and was completed on April 30, 2021. Two groins were also constructed on South Lido in an effort to try to keep the sand in place between subsequent renourishment initiatives, which the USACE has estimated will be necessary every five years.