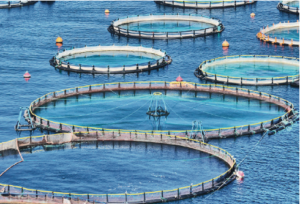 Opponents to a fish farm, which is slated to consist of a net pen holding 20,000 almaco jack fish about 45 miles southwest of Longboat Key, have been granted a Nov. 4 hearing.

The Environmental Protection Agency (EPA) last September issued Hawaii-based company Ocean Era the permit, which would allow the first fish farm in Federal waters off the United States. Sarasota City Officials as well as Longboat Key Officials voiced concern and opposition to the proposal, which will introduce concentrated nitrogen discharge from the fish excrement. This is especially concerning as area officials, businesses and residents contend with an ongoing red tide that science suggests could be exacerbated by the intrusion of nutrients into the warm Gulf waters.

The Federal Environmental Appeals Board will hear the oral arguments, which are challenges to the issuance of the permit. In essence, two challenges were consolidated by a Judge and the consolidated challenge is an assertion that the permit violates the U.S. Clean Water Act. This appeal is the final opportunity for an administrative level challenge and a court appeal would be the only surviving remedy for opponents if the challenge fails.

The waters from Tampa to Sarasota Bay have suffered the intrusion of millions of gallons of raw sewage from Longboat Key as well as the discharge of about 215 million gallons of effluent from the Piney Point fertilizer plant in Manatee County.

All 16 county operated beaches have signs warning of the presence of red tide and fish kills have been prevalent.

For opponents of the fish farm, the red tide blooms signify enough of a threat to the region without further degrading water quality.