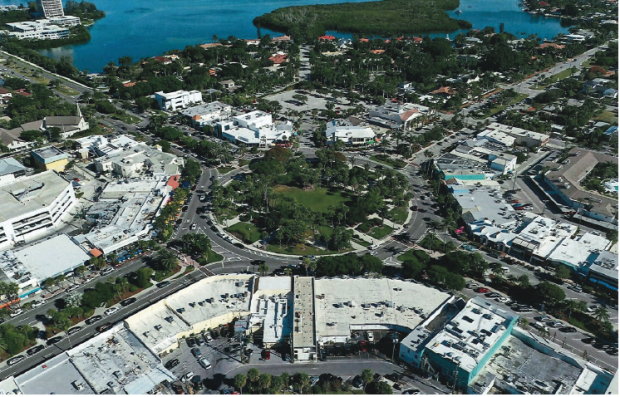 The Sarasota City Commission cast a relatively small net when it asked for proposals last August to purchase and develop the two-acre Fillmore parking lot located behind Alvin’s Island on St. Armands Circle.

The City Commission imposed a 90-day deadline at the August meeting and by end of day Nov. 15, four development proposals were submitted by the 5 p.m. deadline.

The genesis of the idea to sell the parking lot was instigated by Daquairi Deck owner Gavin Meshad who approached the City Commission in August with a proposal to build a hotel and a gourmet market on the site.

The City had not previously planned to sell the parking lot, but four of five commissioners agreed that it made sense to open the concept to anyone else who might be interested.

The City did not formally put out a request for proposals or solicit proposals on a state or national level or using a commercial real estate broker, but instead the idea spread by word of mouth and in addition to Gavin Meshad’s development group, JWM Management, Shore Restaurant owner Tom Leonard, JEBCO Ventures represented by Kim Githler and Ocean Properties headed by Mark Walsh submitted offers ranging from $8 million to $12 million for the public property.

Former Sarasota City Commission candidate Martin Hyde submitted an offer of $5 million for title to the property but subject to the approval of zoning changes that have been proposed. He did not specify what type of development or the scope or scale, so it was simply a financial offer.

All of the proposals except Gavin Meshad’s (JWM Management) stay within the existing height limit of 35 feet above FEMA base flood elevation that is present on the rest of St. Armands Circle. Meshad’s plan asks for 45 feet, which would require a change to the zoning code to accomplish. Additionally, the property is currently zoned for government use and would need to be rezoned to allow hotels and/or residences. Of all the proposals, only JEBCO’s is simply residential units.

Part of the conundrum for the city if it plans to sell the Fillmore parking lot is addressing the 270 public parking spaces that have been pledged and used as part of a funding source to pay off more than $13 million in bonds issued to build the St. Armands parking garage, that is situated behind the Columbia restaurant in a public parking lot on the northeast side of the circle.

Meshad and the St. Armands Business Improvement District sought the construction of the parking garage and the paid parking program to alleviate what was argued to be a pressing need for additional parking. After the garage was completed, Meshad came forth with the idea of the city selling him the publicly-owned Fillmore parking lot as a means for his development plans.

Meshad and the St. Armands Business Improvement District are also requesting the city allow hotels — at a density of 150 units per acre — on the entirety of the St. Armands Circle.

The group also wants to raise building heights on the Circle to 45 feet above FEMA regulations, as well as six-foot parapet walls that could bring a total height for the entire circle near 60 feet above grade. These zoning changes and comprehensive plan changes are part of a separate action than the sale of the Fillmore parking lot.

• up to 270 covered parking spaces for public use

The offer: no purchase price was included but the developer offers to pay fair market value as determined by a City-hired appraiser. JWM’s offer states that the fact that it is building 268 covered parking spaces, would have to be considered by the appraiser and all or some of that cost would be factored into the eventual sale price. 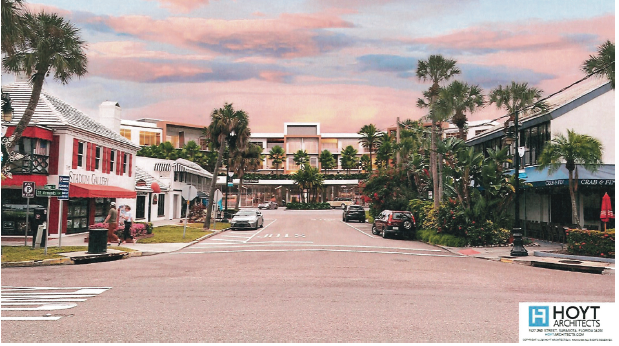 JEBCO, represented by Sarasota developer Kim Githler, recently developed the Embassy Suites and The Strand Condominiums in Sarasota and has associated offices in Miami and Manhattan and several projects throughout the country.

• about 200 enclosed valet parking spaces for public and private use

• maximum height, no more than 35 feet

• developer would reimburse city about $50,000 per year until bonds for garage are retired to offset lost bond revenue in parking garage funding formula

Leonard is one of the owners of The Shore Restaurant on St. Armands Circle and Longboat Key and his proposal requests Fillmore Drive be renamed Shore Drive.

Hyde verbally made the offer last August after Meeshad made his unsolicited proposal to the City Commission to purchase the Fillmore parking lot. He put the offer in writing before the Nov. 15 deadline, but offered no details on how he would develop the property. He wrote, “I felt it important to place on public record that such an alternate offer exists.” 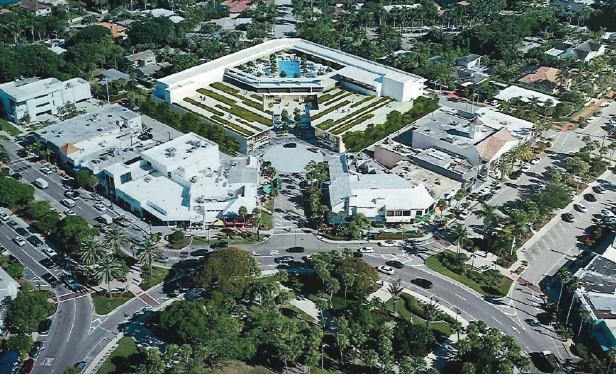 • 63-room hotel to be named the St. Armands Hotel

• density of 35 tourism units per acre

• Same as the first proposal, with addition of 15,000 square feet of retail space including a gourmet market

Ocean Properties owns the Longboat Key Club, The Zota, Lido Beach Resort and the Sandcastle and more than 100 other hotel and resort properties throughout Florida and North America. The organization and proposal is headed by company Vice President Mark Walsh.

Although the City Commission asked for offers to sell the two-acre public parking lot, the St. Armands Residents Association as well as the Lido Key Homeowners Association have expressed concerns about both the idea of selling the parking lot as well as the process. Numerous homes surrounding St. Armands Circle can be seen with signs boldly stating, “No Hotels” in their front yards.

Additionally, area homeowners have decried the intrusion of the AirBNB and VRBO market into previously quiet and economically exclusive neighborhoods. Over the past two years, homeowners on Lido Key have asked the City Commission for help regulating and governing what are referred to as hotel houses that are often owned by an LLC and add a commercial and tourism level activity in their residentially zoned community.

The City Commission is under no obligation to accept any of the  offers and can simply use them as guidance and what it would like to see on the Fillmore parking lot site.

St. Armands Circle holds some of the highest lease rates in the region currently and many in the residential community are wary of hundreds of additional hotel rooms that have already been approved on Longboat Key and Lido Key, but have yet to be built. The coming hotels include the St. Regis on Longboat Key, an approval for a hotel and condominium units at the Key Club on the south end of Longboat Key along New Pass, as well as the expansion and redevelopment of the Sandcastle, which was approved two years ago.

City Attorney Robert Fournier said the commission would likely review in public or discuss the proposals in January or February of next year at the earliest.

The City could also take whatever future use it decides it wishes to see at the Fillmore property and market the public asset nationally, or through a commercial broker to maximize its return for the public land. Others have suggested that a park or a pet park as well as retaining the existing parking makes the most sense, rather than adding more tourists to the island.