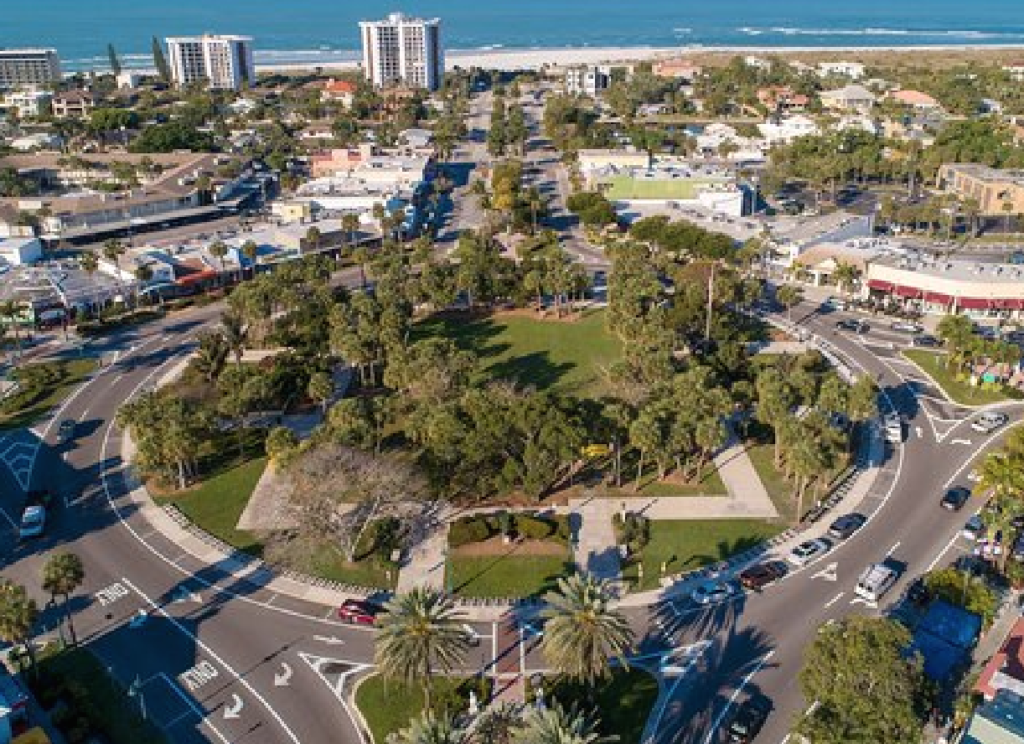 Recently, the Sarasota City Commission decided not to sell the Fillmore Parking Lot at St. Armands Circle to a developer.

Only a few weeks later, the Commission listened to a proposal for carousal on the park in the center of the Circle, and on Monday Shore Restaurant owner Tom Leonard has his own pitch — an amphitheatre.

On Monday, March 21st, at the Regular City Commission Meeting, Leonard will present his concept for an amphitheater to be built in the St. Armands Circle Park.

Tom has architectural plans, which he will present on Monday.

This comes a month after the February 22 City Commission meeting in which the City Commission voted 4-1 to instruct staff to determine the viability of putting a carousel at the Circle Park, despite residents, businesses, and Tom Leonard, representing the Business Improvement District, all saying that a year-round, carnival-like atmosphere is not “a good fit. “

The St. Armands Residents Association has raised several questions including:

• Why did the City Commission vote to move the carousel forward despite unanimous opposition from residents and business owners?

• Will an amphitheater get the same consideration from the City Commission:  will they vote to move that forward as well if supported?

• Does something ‘have’ to go into the St. Armands Circle Park at all?  It’s already designated as a “passive park” per City ordinance, and the frequency of events that can be held there is controlled by the City’s special events ordinance.  Why take those protections away from this invaluable, City-owned barrier island green space?

The amphitheater is the very last item on the March 21 agenda in City Hall in Downtown Sarasota.amphitherte st armands circle