A look at Longboat’s development over time 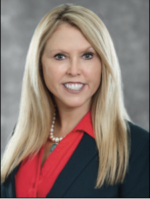 Today I find myself taking a stroll down Longboat Key’s memory lane. My husband and I bought a home on Longboat Key seven years ago. However, my husband and his family have been coming here almost every year for his whole life. His parents were even coming here before he was born. He actually found a receipt the other day for one of their stays prior to his birth. The receipt said the cost was around $7.00 for a night’s lodging.

My husband and his siblings have definitely seen some changes on the island in their lifetimes. Some of the resorts, restaurants, and condominium complexes have withstood

the test of time and some have been replaced once or multiple times.

Most of us know that the St. Regis is being built where the Colony Beach & Tennis Resort

used to stand. But do you know about these?

The Buccaneer Inn was an award-winning resort. It had lodging, a bar, a restaurant, boat docking and more. It used to be owned and operated by the Fields of Colony Beach. The only thing remaining of it is the famous Pirate Statue, which still keeps look over the harbor. The Buccaneer has now been replaced by The Harbour Villa Club and Grand Mariner Condominiums. They are waterfront condos with amenities such a tennis, swimming, kayaking and deeded boat slips. There has been scuttlebutt for a while now that there are plans to rebuild the Buccaneer restaurant. Fingers crossed.

The Holiday Lodge is now called Turtle Crawl. Here there are one and two-bedroom condos and villas on a white sandy beach. The largest unit in Turtle, commonly called “The Big House” recently sold for over $2 million according to the Steller MLS.

Moore’s Stone Crab Restaurant, at 800 Broadway, was claimed to be Florida’s largest producer of Stone Crab. Moore’s now only exist in our memories. Now Shore stands in its place. Like in the days of Moore’s, Shore is still accessible by car or boat. It is a favorite of locals and visitors alike.

So many places on Longboat Key have gone by the wayside in the name of progress. Do you remember Port of Call Apartments? Maybe you can recall Far Horizons? The Hilton on Longboat Key was a popular place for weddings. Regrettably, it no longer exists. Do we know what happened to the Gulf Ranch or the Gulf & Bay Cottages?

The Longboat Key Yacht & Tennis Club was not always the only thing at 4140 Gulf of Mexico. This is the location where Tropics Beach Apartments used to stand. This was back when one of the main amenities to advertise was that the Apartments and Cottages were AIR-CONDITIONED.

Another one that has endured is the Cannons by The Sea, Luxury Beach Cottages. Their claim was that they were the only resort on Longboat Key with a complete boating and fishing marina on Sarasota Bay. Unless you count the Longboat Key Club, I think they could still make that claim today.

Speaking of the Longboat Key Club, they have seen some changes as well. They have come a long way since the days of their 3 wheeled golf carts. That was back in the day before the Longboat Key Club existed on Longboat Key. All that was in its place was nature and open sandy beaches. Unless you count the time when they attempted to build the Ritz Carlton on the South end of the island.

Redevelopment is going to happen no matter if we like it or not. I mean not all progress is bad, right? It is part of what keeps our economy going. But that does not mean we have to let go of our memories. The memories of fishing with your dad on the beach or making sandcastles with your brother.

Longboat Key is a place that we can all treasure in our hearts — both then and now. 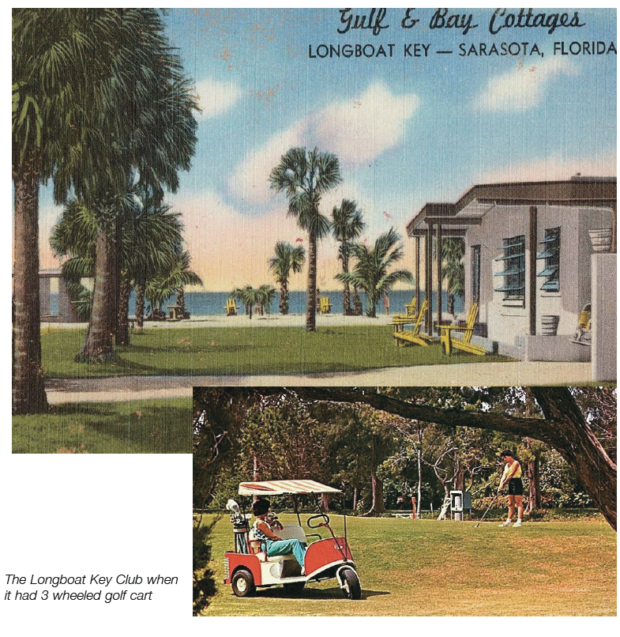