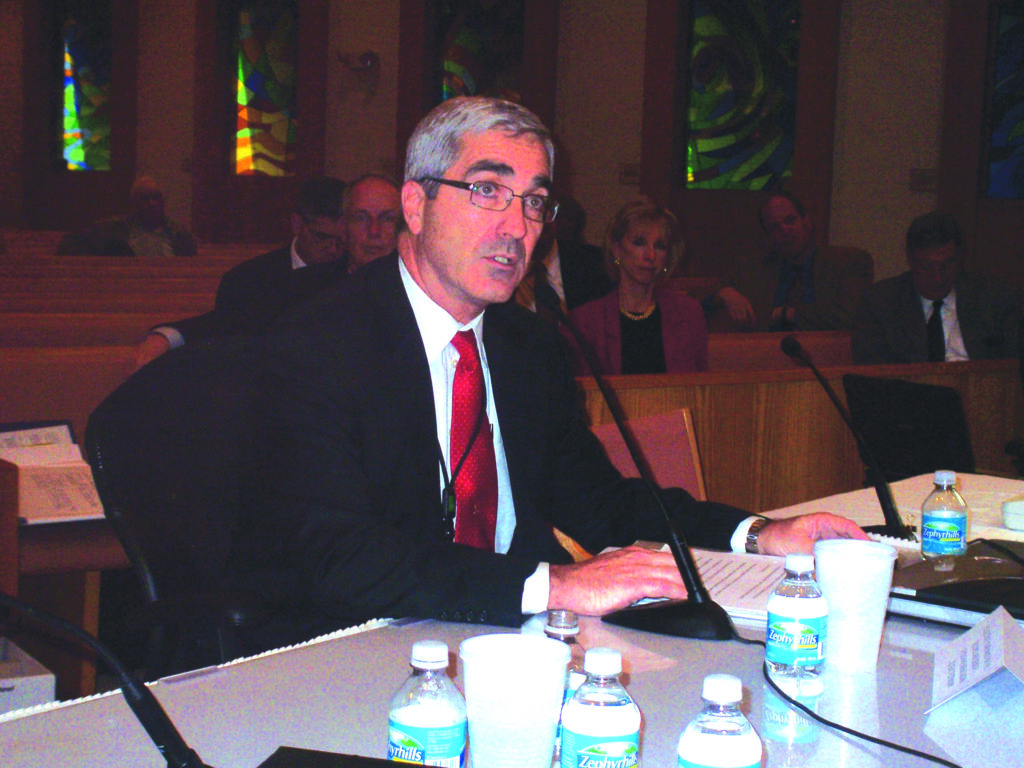 The airport is setting records in every department this year. With more flights than ever before and 1.6 million passengers to date, the airport is seeing an unprecedented rate of growth that Piccolo credits to a variety of factors including Covid.

Piccolo said that in 2010 the airline industry saw tremendous consolidation.

“It made the main network carriers very strong, but gave them such control of the market that it was hard for us to attract service,” said Piccolo.

But since that time, carriers such as Allegiant and then Frontier and Spirit Airlines, started serving airports that were considered tertiary in the market.

First Allegiant decided to serve Sarasota and then Frontier came in. Over time, Allegiant grew its footprint to connect with 26 cities. Then the main carriers started to compete.

Now, the main network carriers have added new non-stops and the result gave SRQ the moniker of the fastest-growing airport in the country in 2019 with a total of 1.9 million fliers that year. After the banner 2019 year, Covid struck. Piccolo saw business dry up.

Piccolo watched and waited for government regulations, initiated stringent Covid protocols, and yet business was down 37 percent.

Piccolo said SRQ fared better than most nationwide. He attributes this to Sarasota and the region being a destination where people could escape the lockdown that occurred in most northern cities. Here, visitors could go to beaches, fish, boat and often play tennis and golf.

The second factor, said Piccolo, was the Governor’s decision to keep the state more open.

At the airport, 15 hand sanitizer stations and temperature check stations were installed as well as heap-filters and ultraviolet light.

Piccolo also realized it was up to him to help spread a message that the airport was clean and safe and he accomplished this through writing editorials in local publications. The airport even had a commercial with the slogan, “When you’re ready, we’re ready.”

Piccolo says that the third growth factor is attributable to the growth of Lakewood Ranch and the Sarasota region in general. Additionally, Piccolo says people learned during the pandemic that they can work from home, and this has freed them up to travel or stay in an area such as Sarasota while holding down a job.

The flow of money

When it comes to the airport earning revenue, Piccolo puts it bluntly, “We get a piece of the action of everything that happens. As we get more airlines, it means more planes, more fuel and more parking revenue. We get a percentage on the newsstands and beverages and gifts.”

As for the agreements with the airlines, there are two types: signatory and non-signatory. Right now there are six signatory carriers that have contracts through 2024 – Delta, United, Jet Blue, Allegiant, American and Southwest. If the carriers leave before the contract is over, they still have to pay. “So they tend to stay,” says Piccolo.

The non-signatory airlines such as Frontier, Elite, and Suncountry can leave with 30 days notice.

“We incentivize new flights by offering free landing fees and rent for two years. During these two years we may not be making money on those aspects, but we make money on everything else,” said Piccolo.

So after setting a record in passenger count in 2019 and battling through Covid last year, 2021 has proven bullish to the point that Piccolo is pleasantly shocked.

“We are the fastest-growing airport in the world. Our traffic will break 3 million passengers this year, and we have already broken the airport’s all-time record,” said Piccolo.

The main issue this presents are in the realm of capacity. Piccolo says they’ve added 300,000 gallons of additional fuel capacity by spending $5 million. The airport has expanded parking with that being the largest focus because it directly impacts the airport experience. Concessions have been added, a second bar has opened as well as an additional Dunkin Donuts. The airport is adding five gates and expanding its concourse, and Piccolo says they are expecting 4 million passengers next year.

“I did not expect it to go like this. I can’t believe this has happened,” said Piccolo.

New York City is still the largest market because it is a hub. But Piccolo says the Northeast and Midwest are the bread-and-butter routes for the airport. Meanwhile, western expansion has brought two airlines to Houston, two to Denver and two to Dallas.

The growth is dizzying. The second fastest-growing airport went up 66 percent in July 2021 over 2020. Sarasota, the number one in the world in growth, grew 154 percent in July by comparison.

And business was down in some markets. Tampa was down 10 percent in July 2021 over 2020, and Orlando suffered tremendously. Piccolo says the Florida market in general did much better than the rest of the country.

Piccolo is proud of his 25 years as Airport President. When he came in 1995, SRQ was $150 million in debt. Unlike many airports in the country, Sarasota Airport is now debt-free. He says the gross operating budget is about $35 million and that in his run as President, there has not been a shortfall. Like a strong leader, Piccolo told Longboat Key News that he credits the airport’s tremendous workforce for the success.

“We have the best workforce I’ve seen at any airport I’ve become acquainted with,” said Piccolo.

Piccolo has three years left on his contract and he is not yet certain where his next destination will take him.

“We all have a limited time on earth, I have a wife and sons and three grandkids and that factors heavily into my decision,” said Piccolo.